Why Precinct Walking is a Winning Candidate’s Secret Weapon 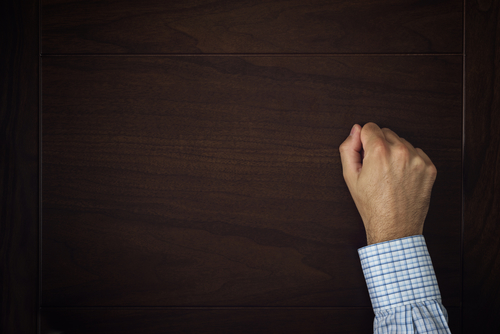 The most powerful form of voter contact isn’t sending people tons of mail. It isn’t TV or radio advertisements. It isn’t even connecting with them on Facebook.

And it’s best done by walking precincts and knocking on doors. Candidates who do this tend to win elections.

Too many candidates I’ve met over the years reject this.

They think precinct walking’s an out of date practice from a bygone era.

They don’t think people answer their doors. They think it takes too long to walk precincts and accumulate supporters.

All of those comments are valid. But they are not reasons to not walk precincts.

They’re actually reasons why you should be walking precincts and knocking doors.

Because precinct walking is dismissed by so many candidates, its become a secret weapon for serious candidates who want to win.

Yes, this is a practice from years ago well before the Internet, email, Facebook, and text messaging.

So are covering your mouth when you cough and washing your hands before you eat. Yet we keep doing those things and look down on those who don’t — especially after the pandemic.

Because such practices work. They’re good for you and those around you.

The same is true with precinct walking.

If you are serious about winning your election, then you need to build a solid base of committed supporters.

The best way to do that is to go to their doors, ring their doorbell, and introduce yourself.

This gives you a chance to listen to their concerns and answer their questions.

You can then tell your winning campaign story and hopefully add the voter you are talking to your support column.

And once a voter you’ve met at their door commits to you, especially if they put one of your signs out front of their home, you can nearly always count on that vote.

Once someone has decided they are with you, it becomes difficult if not impossible for an opponent to peal them away.

Such real connections can only be made in a face-to-face encounter between you and a voter.

Superficial connections that are made on Facebook or through email don’t deliver on the same level.

The voters want to look you in the eye and see that you are sincere. If they do, then you can count on their support being sincere for you.

Not every door you knock on will be opened. Some people won’t be home. Some people who are home won’t want to come to the door. Some will even have signs up warning against solicitors.

In those cases you need to leave two things behind. The first is your the handout you’re walking with. The other is a note.

Some candidates simply write “Sorry I missed you” on their handout and leave it at the door.

Others  leave a note saying the same, but also give the voters their phone number and ask for their vote.

Leaving a note with your handout is the best practice.

You can even have notes pre-printed in your own handwriting to leave behind.

Then when you’re at the door, with the same type of pen (black Sharpie works best) fill in their name and a possible P.S.

Again that’s a personal connection which may result a phone call or email from the voter.

That can lead to a similar interaction with them that you’d have at the door and may gain you yet another support.

Yes this is a lot of work and takes a great deal of time. That’s true of anything worthwhile in life.

Those who don’t want to put in the work and the time to succeed often don’t.

Those who are willing to do the hard work and invest the time tend to be the people who win. Especially when it comes to elections.

I know you’re serious about winning your election.

How do I know this you ask?

Because you’ve read this entire article to the end.  If you didn’t want to win, you would’ve stopped scrolling a while back.

You want to win, so deploy this secret weapon.

Put on some good walking shoes, grab your handouts and your voter list, then get out there knocking on doors and making real connections with the voters of your district.