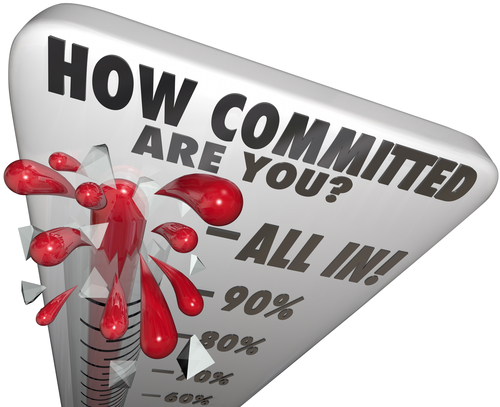 Every registered voter has something every candidate needs to win an election:  their vote.

The key to earning those votes is turning voters not just into your supporters, but into committed supporters.

The difference between supporters and a committed supporters may seem minuscule, however their impact is significant.

A supporter is a voter who agrees to vote for you.  That’s important.  You need as many of them as you can get to win your election.

A committed supporter has not only agreed to vote for you, but they are committed to you, your campaign, and your cause.

They may never volunteer directly for your campaign or make a contribution, yet their activities on behalf of your campaign are priceless.

Committed supporters are essential to winning big on Election Day.

Once these voters make up their mind to vote for you, you can bank on that vote.

Committed supporters will put a sign in their yard for you and let you use their name as endorsement.

Most importantly, they’ll tell other voters to vote for you.  They’ll practically insist upon it.

They’ll defend you when someone speaks ill of you and send unsolicited letters of support to the local newspaper.

And should bad news hit your campaign or something occur to cast you in a bad light, they’ll give you the benefit of the doubt until they hear your side of the story.

So how do you convert a voter into a committed supporter?

It’s a three step process that in many ways mimics dating and courtship.

That shouldn’t be too surprising.  After all, campaigning truly is a candidate’s courtship of the voters.

In serious dating the objective is to wind up in a committed relationship.

But before you can wind up in such a relationship, you’ve got to land the first date.

It’s nearly impossible to get a date unless you know the person you want to take out, or that wants to take you out.

As in our personal relationships, its essentially a lengthy three-step process getting someone who you are interested in to become committed to you.

Step One:  Get the Voter to Know You

No one is going to vote for you for any reason (except random chance and that’s not a strategy for winning elections) if they don’t know you.

How do you get a voter to know you?

You send them a mailer. You knock on their door.  You call them on the phone.

You say hello to the voters through these different forms of communication and make them aware of your candidacy.

This is essentially building name recognition.  Political signs are a vital part of this, especially if you can get them placed in a voter’s yard rather than randomly on the street.

Using the dating metaphor, you need to say hello and get the person’s phone number you’re interested in taking on a date.

Yes, I’m aware that you can’t force people to like you.

You can’t force the person you’re on a date to like you, and in today’s highly cynical political realm voters are naturally suspicious of candidates.

Your campaign however can do things that help you appear likable.

Just as you’d put your best foot forward on a date, you can do the same thing on your campaign.

You can positively highlight your attributes listed below to the voters you are courting:

A voter who likes you will most likely vote for you.

They may not be with you forever, but they are on your side for now.  In the immediate time that’s what’s important.

Basically you the first date went well and yes they’re willing to go out with you again.

Step Three:  Get the Voter to Trust You

This is the most difficult step.

This is the one that takes the most time and requires the most follow through.

Once you’ve gotten a voter to know you, then to like you, you must work to build trust with them.

In American politics today, most voters do not trust most people running for office.

They’ll vote for you because they know you and they like you, but they reserve the right to dislike you later and withdraw their vote.

There’s only one way to earn a voter’s trust:

Always remain consistent in what you say and what you stand for.

You must not deviate in this.

You must have the same priorities and position on an issue when you talk to a voter, to their neighbor, or when you are speaking in a public forum.

Should you equivocate or contradict yourself in any way, you won’t be able to earn a voter’s trust.

You must remain consistent in both your deeds and your words.

It’s hard to earn trust when you’re running for office.  Trust is usually earned after you’ve been elected.

Trust is earned based upon your behavior in office.  Voters want to see that your actions in office match the words of your campaign.

That’s how we choose people to be in committed relationships with.  It’s how voters choose which candidates to be committed supports of as well.

They want to know that you will your words an actions match, but more importantly, that you’ll be there for them when they need you.

And if that does happen and is true, then they’ll be there for you too.

If they do and you remain steadfast to your positions, then you have a very good chance of earning a voter’s trust.