People decide to run for political office for many different reasons.

Some of those reasons are great, some are average, and some are downright dumb.

The dumbest one I hear far too often is “I’m only running to raise my name identification.” 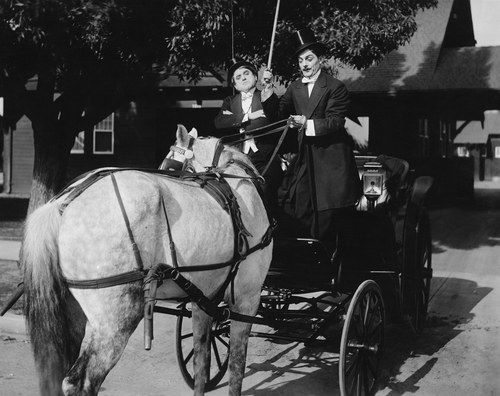 If that’s why you’re running – to increase your name ID – please do us all a favor: Don’t Run!

That’s right. If you’re running in the upcoming election because you want to have a higher profile for the election after that, you shouldn’t be running this time.

Why? Because you’re not running to win.

A candidate who is not running win is running to lose.

A candidate who loses is branded a loser.

Run for office and lose enough times and yes you’ll raise your name identification for sure.

But you’ll also be known as the candidate who always runs and never wins.

You’ll be labeled as the stereotypical “perennial candidate.”

Every once in a while a perennial candidate will win after a long history of losing.

It’s typically a fluke. Most perennial candidates get stuck in the cycle of losing and stay there.

Donors don’t give them money because they don’t like to back losers.

Elected officials and community leaders don’t endorse them because they don’t want their names tied to a loser.

Experienced campaign professionals pass on their campaigns because they’d rather work for a well-funded candidate with a real chance of winning.

Running to simply get your name out there and raise identification is dumb for another very practical reason.

Voters have a lot on their minds. They have full lives that don’t revolve around politics and elections.

Remember: the average person has the attention span of a goldfish these days.

That’s why winning candidates send tons of mail, make lots of phone calls, and run an incessant number of ads.

They even have to come back to their committed supporters to remind them when the Election Day is to ensure their own supporters show up and vote.

Within three months following an election, most voters will not even be able to tell you who won the election let alone which other candidates ran for office.

Some won’t even recall exactly who they voted for.

I worked for an elected official who served on a city council for 20 years. He was first elected when I was finishing up high school.

I consulted for him on his last two campaigns.

During his last year in office, I commissioned a poll that tested his name identification in the district he’d represented for two decades.

The poll’s purpose was to see how powerful his endorsement of a candidate as his successor might be.

Less than 20% of the voters in this district knew that this gentleman — who had won five elections in the span of 20 years — recognized his name at all!

So if you’re thinking of running for office because you want to inflate your name identification,  don’t do it. It’s a waste of everyone’s time, especially yours.

But don’t fret. There’s good news to be had here.

You can still run for office.

You simply need to shift your purpose from increasing your name ID to winning the race.

Because guess what? The two go hand-in-hand, but one is must be the driving force behind your candidacy.

Deciding to win is the most important thing you can do as a candidate.

Once you do that and show you’re serious about it, your name identification will rise too.

But more importantly, you’ll be positioned to win your election and have a positive impact on your community and the lives of your neighbors.

And that’s always a great reason to run for elected office.