As a political consultant I always try to conduct a poll as I begin a campaign. A good poll can tell you which issues matter the most to the voters, which ones they don’t care about, and what subsets of voters are most convinced by specific messaging. A poll can make the difference between winning an election and losing it. 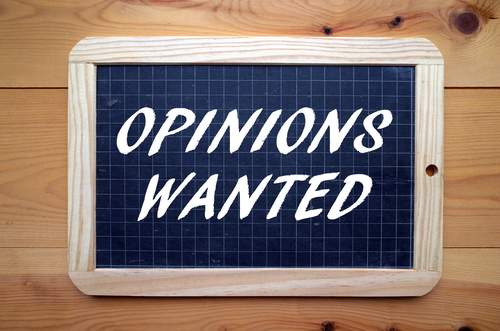 This was recently the case in Riverside, California. As I previously wrote, my company had been hired by Chuck Conder to run his campaign for City Council against two-term incumbent Paul Davis.

I’ve known Chuck for several years and had told him that if he ever ran I’d definitely work for him. The time finally came and Chuck retained my services for his campaign.

While I knew Chuck to be politically seasoned and extremely hard working, I didn’t know if that was going to be enough to defeat the incumbent. I told him he needed to do a poll so we could find out what the voters were thinking and if Davis was vulnerable.

The results we got back were on the surface not all that encouraging.

First off the voters were overwhelmingly content in the 4th Ward. This wasn’t the optimal environment to toss out an incumbent. In fact, the data told the opposite story. 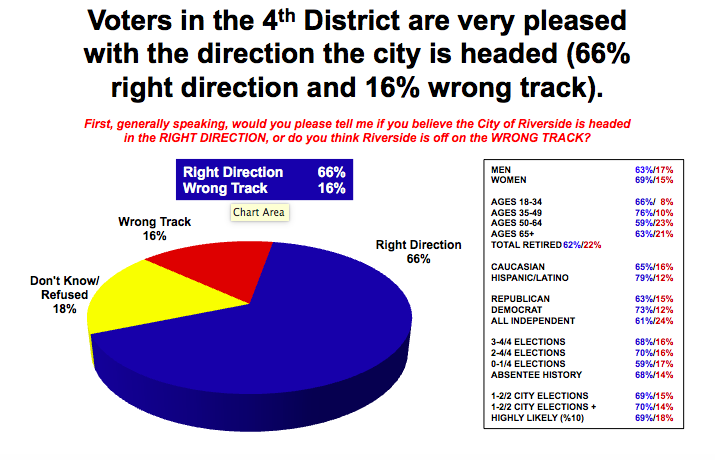 On top of that, in a head-to-head hypothetical match up, Davis was walloping Chuck 10 weeks out. 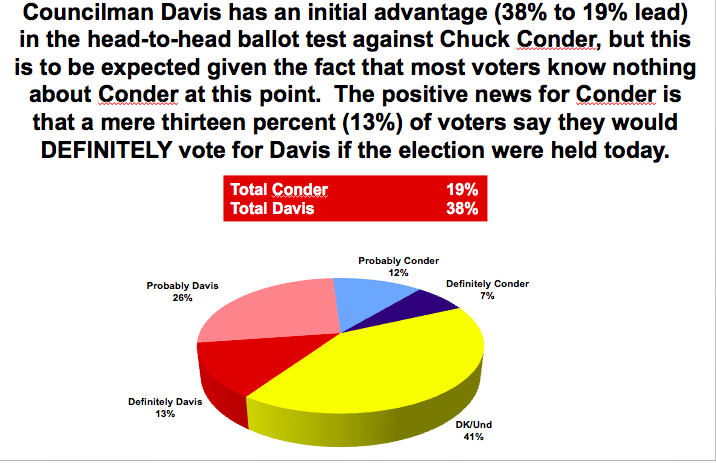 There was no denying that this was Paul Davis’s race to win or lose. And it was my job to develop the winning story and the strategy that helped Davis lose it.

That’s exactly why I’d advised Chuck to conduct a poll.

While it may have appeared to tell us that Davis was a shoe-in for a third term, Matt and I saw something else.

Yes Paul Davis had 38% to Chuck Conder’s 19%, but only 13% of likely voters said they were definitely voting for Davis. That wasn’t good news for the incumbent.

More importantly though, 41% of the likely voters in the 4th Ward were undecided as to which candidate they’d cast their ballots for.

That left a ginormus 79% of likely voters who could still be persuaded to vote for either candidate.

But what was the best way to bring the majority of those voters over to the Chuck Conder column?

Well that had been my primary reason to conduct the poll.

With that information in hand, Chuck and I molded his winning campaign message and devised an attack strategy to inform the voters of Davis’s shortcomings in office.

That coupled with Chuck’s hours of daily precinct walking paid off.

When the ballots were counted on Election Night, Chuck Conder prevailed, upsetting the incumbent who thought he was safe.

However, the Conder campaign was equipped with solid polling data, a winning campaign story, and a challenger who out-worked a complacent incumbent.

Those three elements provided the results that came in on Election Night, June 6, 2017.

If you are serious about winning you should budget the funds to conduct a good poll.

A good poll can show you what issues matter to the voters, which ones don’t, and which voters are most open to voting for you.

While Matt and I have done business for years, I’ve never received a commission or referral fee from he or his company. He’s simply the only pollster I trust to always give it to me straight.

Conduct a poll for your campaign and look closely at the data.

If you’re behind, see if there are enough undecided or squishy supporters of your opponent that you can win over.

Look at the messages you tested. Craft a winning campaign story from your polling data then go work your butt off, telling your story to the voters.

That’s not only how Chuck Conder won, it’s how every candidate I’ve ever consulted for won their election in the last two decades.

It worked for them and I know it can also work for you.