How to Win Big on Election Day by Walking Precincts 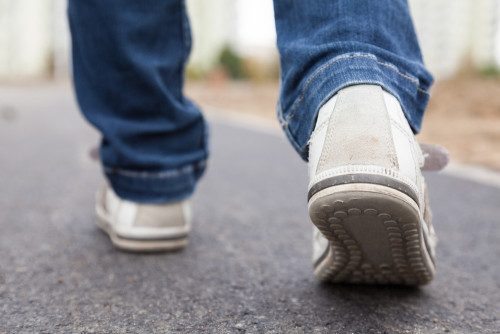 About 15 years ago I ran a field campaign for a guy that got elected to the California State Assembly.

The candidate was a highly disciplined and articulate professional. He was serious about serving the people of his district and he new exactly what voters wanted. He also new exactly what he could do for the voters he wanted to serve.

Most importantly, he took the time to listen, and let voters get to know him.

My candidate was a Democrat running in an open seat in a marginally Democratic District.  We did lots of direct mail, lots of cable television and had lots of volunteers.

WE ORGANIZED HIS WALK TIME

My guy spent several hours every day of the week walking precincts.  During the week, in the evening, when he was not working his real job, he would walk precincts.

When he could get an afternoon off from work, or a holiday, and every weekend, he was walking precincts.  He would be knocking on doors and talking to people about the future.

He worked really hard walking precincts.  He was a real precinct walking machine.

Every day and time he was walking was scheduled way in advance. We always new what precincts he would be walking a week ahead of time.

When he came in the office he expected his walk sheet, precinct map and handouts to be ready to go because he did not want to waste a minute of time.

When my candidate walked precincts he was NOT just randomly walking anywhere in the district and knocking on the first door he came to.  We had a targeted universe and a precinct ranking order plan for walking that universe.

He did not walk rural precincts or precincts that were in heavily gated communities.

He did not walk precincts that had too few voters.

He did not talk to voters that never ever voted.

Our goal was to have him knock on the most doors possible to the voters that we had a good chance of getting to vote for him and getting out to vote.

We worked our plan religiously with volunteers and a crew of paid walkers.  But most importantly the candidate walked the universe.

HE LISTENED TO WHAT PEOPLE HAD TO SAY

As great a speaker as my guy was. He was also a really good listener.  He would always listen to what people had to say and would not cut them off.

Billionaire Richard Branson said this as reported in Business Insider:  “We have two ears and one mouth, using them in proportion is not a bad idea! To be a good leader you have to be a great listener. Brilliant ideas can spring from the most unlikely places, so you should always keep your ears open for some shrewd advice”

Richard Branson  is absolutely right, my guy did this in 2000 and every successful candidate I worked for before and after this walked precincts.

Even if the voters does not agree with you one hundred percent they will feel that you are going to make the best effort possible.

The bottom line is that listening to people shows respect.  And if people think you respect them they might give you the benefit of the doubt – all things being equal.

But like Sir Richard Branson said it is also a great way to gather information.  People will tell you things about their community that all the polling in the world could not possible find.

Voters will tell you about a bad intersection, a bad pot hole, about something the city or your school district is not doing that they should be doing.  All this information you can use in developing your message but also as

After a month or so we started hearing from people in the community that they had spoken to the candidate “he came by my house.”  I don’t normally vote for people I don’t know but he introduced himself to me and had some good ideas.”

He talked to Republicans to and we started hearing from them “I always vote Republican but his guy, even though he is a Democrat, seems okay”

The word got around.  People talked to their friends, their family members, there coworkers, he went viral before “going viral” was a phrase.

That was November of 2000 and a bad year for Democrats. Al Gore lost to George Bush but we were able to pick up a tough district with a new Democrat.

The reason I tell you this is because I believe in walking precincts and knocking on doors and talking to voters.  I don’t care what anybody says, all things being equal, the candidate that knock on doors win.  It is one of a handful of the most important things you got to do to win a local election.

I have managed a lot of campaigns in the last 20 + years.  And all my winning clients have one thing in common – they all go door to door and talk to voters.

AND THIS IS WHAT YOU SHOULD DO

Yes, you must do mail. And yes, you must do phone calls, media, emails, social media and go to events and raise money.  But again, precinct walking is ONE of the most important things you can do.  You got to walk precincts.

Don’t commit the sin of thinking that precinct walking is old school stuff and it does not work any more.

Don’t commit the sin of thinking that people don’t want you coming to their house.

Listen, I run campaigns in California and we are probably the most cynical and non neighborly people in the country.  But even here, in drought parched California, a candidate that walks precincts generally wins.  So start walking!

WHY DOES IT WORK?

People just like that fact that you made the effort.  Most politicians don’t and voters often feel they are taken for granted.

When people vote they often don’t even know who the hell they are voting for and that is why as you go down the ballot people stop voting.

They often just vote for the President, Governor, member of congress, state house and stop voting for city council, school board, water board, etc.  If you spoke to them personally they are more likely to remember you.

Also, remember people consume a lot of information on a daily basis.

According to Ben Parr, Author of Captivology, the average person is consuming the equivalent of 174 newspapers in our day of electronic media.

If you talk and listen to a voter in person it is an experience they will likely remember.  Because most candidates don’t walk precincts and don’t talk directly to voters. All candidates say they walk precincts but most do not.

There is a bit of a celebrity status given to politicians. I hate to say it but it is true, if you are an office holder or even a candidate for public office, you are immediately a kind of celebrity, even in small local races.

So when you walk precincts and make that personal effort you are likely to be remembered.

As mentioned above, your visit goes viral.  The impression you make, good or bad, is likely going to be shared with friends and family.   So you better make a good impression.

Walking precincts and talking to real voters wins elections.  There is no getting around it.  You must invest a certain amount of your time talking directly to voters.

But you need to talk to the right voters in the right precincts.  You need to learn to listen, and make a good impression. These are all skills are learn-able and that you can apply directly to your efforts to win public office.