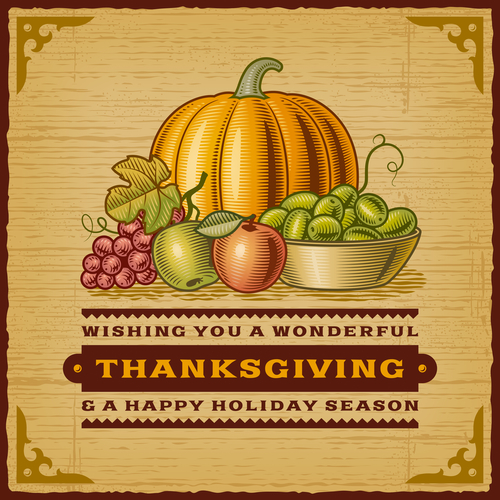 With the holiday season upon us, many candidates are thinking about sending Christmas cards to their supporters.

But might I suggest you send Thanksgiving cards instead?

First, I am a huge proponent of sending out personal hand written notes and cards at any time.

A personal note goes a long way to cement a relationship.

It will always help you stand out with voters, supporters, and donors.

You should always be sending these out.

If you’re not, the Holiday Season is a great time to start.

Everyone else will be doing the exact same thing — even if they’re not running for office.

That will make it harder for you to stand apart to the recipients of your cards.

Just like me and you, they’ll go through the batch of Christmas and Holiday cards they get in the mail each day to make sure they didn’t get one from someone that wasn’t on their list.

If there’s been an oversight or exclusion, the mistake will be rectified with a card in the next day’s mail.

This flood of Christmas cards will likely start arriving the week after Thanksgiving and continue until December 24th.

Some will even turn out in the days following Christmas and preceding New Years.

You don’t want that to happen to yours.

Plus you don’t want yours to simple be one of many that are received.

That’s why I recommend sending out Thanksgiving cards.

I learned this trick from my most successful political candidate, Chris Mac Arthur.

For years Chris has been sending Thanksgiving cards to the clients of his businesses.

After becoming an elected official in 2007, he transferred this wise practice over to his political career.

To me it is simply genius and surprising that more candidates don’t do this.

When you send people a Thanksgiving Card, you’re ahead of the pack.

Your cards will stand out.

It also helps avoid the potential problem of sending a Christmas card to someone who does not celebrate Christmas.

In my experience, I’ve yet to meet a non-Christian who minded me wishing them a Merry Christmas.

I’m sure such people exist. I simply haven’t encountered them.

My Jewish friends have always wished me a Merry Christmas and recognized my traditions just as I’ve recognized theirs.

I personally believe stores worried about their employees uttering the words “Merry Christmas” are overly sensitive and out of touch with the vast majority of their patrons.

Christmas is a federal holiday after all.

However, if you’re concerned about sending a Christmas card to someone who does not observe the Advent, then a Thanksgiving card is the solution for you.

But even if that’s not something you’re worried about, I remain a strong advocate of the Thanksgiving card.

Not only does such a card stand out, but it fits the Thanksgiving holiday much better than Christmas.

After all, if you’re sending a Christmas or Holiday card to voters, supporters, and donors, isn’t your purpose to thank them for supporting you?

And if it is to give thanks for that support, then a Thanksgiving Card is the most appropriate type of card for you to be sending.