4 Simple Steps for Raising Money and Getting Endorsements 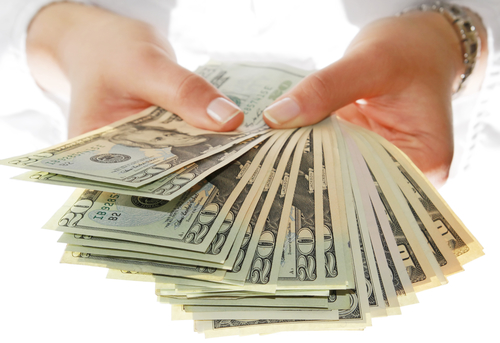 Raising money and gathering endorsements are crucial components of running for public office.

Your campaign needs money to buy signs, send mail, broadcast commercials, and so forth.

These endorsements demonstrate you have the qualifications for the office you’re seeking because you’re supported by respected members of your community.

While it’s understandably easier to ask a person for their endorsement than for their money, a winning candidate cannot be shy about asking for contributions.

You can’t be afraid to ask a potential donor to write a check to your campaign or you won’t raise the money needed to be competitive.

Nor can you be shy about asking elected officials and community leaders in your area to endorse your candidacy.

I’ll let you in on a little secret here:

When you call up potential donor or endorsement, there is no reason to be nervous.  They already know why you’re calling.

How do they know this?  Simple. You’re a candidate for office.

If the people you’re reaching out to have a history of donating to political campaigns or are leaders in the community, they’re used to such requests from candidates.

Because they already know why you’re calling, you need to make the ask for a contribution, an endorsement, or possibly both.

Here’s how successful candidates I’ve worked for have done it.

1.  Call or Meet With Your Potential Donor or Endorser

You can have this conversation either on the phone or in person.  It’s up to you and how comfortable you are with the person you are asking for their money or endorsement.

Do not under any circumstances ask for a campaign contribution or an endorsement in a text message or an email.

It is impersonal, lazy, and rude.

If you deem a person worthy of taking their money to fund your campaign or their name strong enough to bolster your credibility, then they are worthy of your undivided personal attention on the phone or in a one-on-one meeting.

They call someone up, make a polite introduction, and set up a meeting for coffee.  This tends to work best when a candidate is unknown to the person they are calling.

Meeting for coffee allows the two of you to get to know each other and limits the time of the meeting so you can tend to other campaign duties.

Lunch meetings are bad as they will literally eat up an hour or more of your precious campaign time.

However you feel comfortable having this conversation, be sure to do it on the telephone or in person.

Again, they already know why you are calling, so don’t be nervous about the call or the meeting.

2.  Say Why You Are Running

Once the basic get-to-know-you or how-have-you-been chit chat is over, you need to direct the conversation back to your campaign.

Potential donors and endorsers need to know why you’re running.

You know, so you need to tell them why you’re running for the office you’re seeking,

What you say needs to be succinct and to the point, so practice it before having the conversation.

State the problem or issue in your community you are running to fix or solve.

Outline your basic plan for doing this.  Don’t get overly detailed.  Hit the broad brush strokes.

Demonstrate your vision. Don’t get lost in minutiae that glazes eyes over.

The people you are meeting with will appreciate there is a purpose behind your candidacy.

It also shows them you are running for a bigger reason than you simply wish to be elected to something.

Donors don’t like to give to losing campaigns and endorsers hate to back an unsuccessful candidate.

You need to be as clear and succinct with them that you have a realistic plan for getting elected.

Without getting submerged into great detail, provide an outline of your campaign plan.

Such information to state would include:

Telling potential donors why you’re running and how you’re going to win puts them at ease and increases they likelihood that they will give you what you want.

Only at that point can you move on the real reason you’re talking to them.

Now that you’ve gotten through the chit chat, told them why you’re running, and how you plan on winning, it’s time to make “the ask.”

If you want a contribution, you must ask for a specific amount money from the potential donor.

If you want an endorsement, you must ask if you can publicly use the persons name as supporting your campaign.

If you don’t ask, they have no reason to give you what you’re after.

Ask them then and there because asking later typically won’t work.

If you can’t muster the courage to ask them for what you’re seeking, they will become concerned that you won’t have the courage to do the things you say you want to do if elected.

Or even worse, they will fear you don’t have the courage to do what you need to do to win your election, especially if the race gets tough or nasty.

Remember that donors, elected officials, and community leaders don’t like backing campaigns they don’t deem viable.  They like to back winners and only winners.

Show them you are a winner and that you know it.

Tell them why you are running.

Tell them how you are going to win.

Then ask them for a campaign contribution or an endorsement.  Ask them for both if that’s what you want.

The worst thing they can say is “no.”

Some might say “let me think about it.” That’s fine.  Follow up with them later and make “the ask” again.

However, if you follow these simple guidelines, you’ll have a lot more saying “yes” to you than you think.

Before you know it your campaign coffers will be full and your endorsement list will be a who’s who of your community’s leaders.